Louisiana recently joined several states (e.g. Maryland, Vermont, New Jersey, Virginia, Hawaii, California and New York) in passing legislation that allows businesses to elect a new type of corporate form, the Benefit Corporation. Benefit Corporations are "a new class of corporation that 1) creates a material positive impact on society and the environment; 2) expands fiduciary duty to require consideration of non-financial interests when making decisions; and 3) reports on its overall social and environmental performance using recognized third party standards." (http://benefitcorp.net/for-business/business-faqs). In short, the main difference between this and other corporate forms is that boards and executives responsible for running the business must, in order to maintain B-corp status, account for public benefits that impact society-at-large and the natural environment when making decisions. By passing this new form into law, state governments give business legal protection and justification to work toward objectives that are not related to and that may even damage the bottom line. For shareholders as well as founders, it ensures that companies won’t drift from an altruistic mission that might have led them to invest in the first place.  In essence, the intent of this form is to provide social entrepreneurs with the means to do well while doing good.


Watch Jay Coen Gilbert, who runs the B lab and was one of the folks lobbying for B Corp legislation

There has been a long history of using corporate forms to make implicit socially responsible goals more explicit and to inject values deeper into the core of a business. In fact, the issue of how to make self-interest driven actors such as businesses less selfish is an ongoing struggle dating back to early corporations founded on Quaker values (e.g. Cadbury Chocolates, see NPR story) ). Recently, a smorgasbord of new options for companies seeking to make their values a part of their "genes", have surfaced. California allows for Flexible Purpose Corporations which, unlike the Benefit variety, don’t have to meet a broad range of public benefits or report on their good works. Instead, they can specify at least one narrowly defined special purpose such as devoting 10% of their profits to orphans, building using renewable materials, using only renewable energy, etc. Meanwhile, L3C Corporations are a type of LLC (limited liability corporation) meant to fit for-profit companies focused on a socially beneficial mission. They are a step in between for profit and non-profits sometimes, i.e. low-profit limited liability companies. 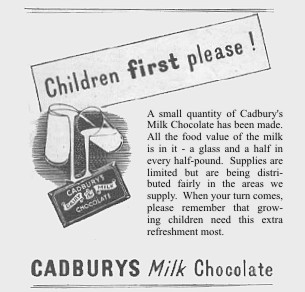 Message from Cadbury Chocolate, supplier of WWII rations and pioneer of social responsibility before it was cool

New Orleans-based company Joule Energy is among many new socially conscious businesses that have been chartered as Benefit corporations. Two reasons drive the adoption of the form: (1) laws that support the establishment of B corps address concerns held by founders or nascent entrepreneurs who need to raise capital (possibly giving up a majority share of their company) but don't want to lose sight of the social or environmental mission of their business; (2) the benefit corporation designation is a powerful signal that allows companies to distinguish themselves and be listed as businesses with a verifiable social conscience. Aside from benefits accrued include "instant branding, internal cohesion, consumer enthusiasm" and others.

Of course, as a post by Noah Noked of Harvard Law School emphasizes, there are very few impendiments for a corporation chartered using existing forms to not be socially responsible, and setting up a dichotomy between good and evil corporations can lead to problems. An important distinction, however, is that B Corps can't be held liable (by shareholders as well as other parties) for placing social mission ahead of shareholder returns. Famous examples of situation where socially responsible companies lost control of their missions in takeover bids under threat of shareholder litigation abound (e.g. Unilever's takeover of Ben and Jerry's Ice Cream). 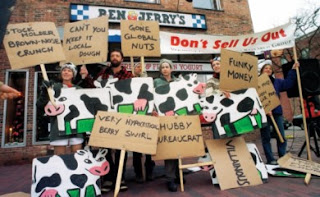 Jay Gilbert and others (see this interesting Esquire article) will tell you that the establishment of B corp could be an important step in the evolution of capitalism. I believe it is important that the B-corp legislation have some teeth so that the designation isn't used solely as a perception management tool by regular businesses trying to appear more green, more sustainable or more beneficial to society than they really are. It should be difficult to obtain and keep this designation and violators of principles should be publicly shamed. In effect, there should be risk associated with not complying with the promise to be more socially responsible.

Would you charter your business as a Benefit Corporation? Would you be more likely to buy a product from a registered B Corp than a non-registered competitor?
Posted by Unknown at 9:39 AM